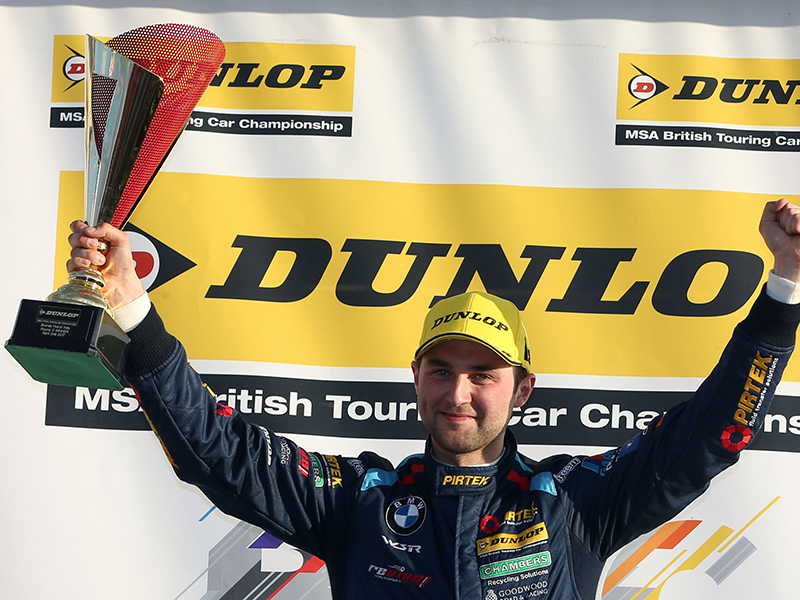 Chambers-sponsored Andrew Jordan enjoyed the perfect start to his career with West Surrey Racing with a victory in the final race of the Dunlop MSA British Touring Car Championship event at the opening Brands Hatch weekend.

Andrew made a perfect start in his BMW 125i M-Sport and jumped from third on the grid into the lead at the Paddock Hill Bend. He also managed to hold off a late attack from fellow stablemate Colin Turkington to claim an historic win for BMW Pirtek Racing and West Surrey Racing.

Commenting on the race, Andrew Jordan said: “That was quite a start with rear-wheel drive and a new team!

“I was getting a bit twitchy with Colin (Turkington) looking really strong on the soft tyres behind – the rear-wheel drive expert! We had a little rub at the end but it was a good way to finish. It wasn’t the calmest moment of my career when he did get past Tom (Chilton). I was hoping he’d be behind him a bit longer but I knew he was coming. I just kept driving to my markers, tried not to look in my mirrors any more than usual and tried to be kind on the left rear tyre.

“It’s special really, to get the win on my first event with BMW Pirtek Racing and West Surrey Racing. It’s down to the team – credit to the guys for all the work they’ve put in, especially with the addition of the new engine.”

We’re looking forward to seeing Andrew in action again in round 2, which takes place at Donington Park on 16th April.