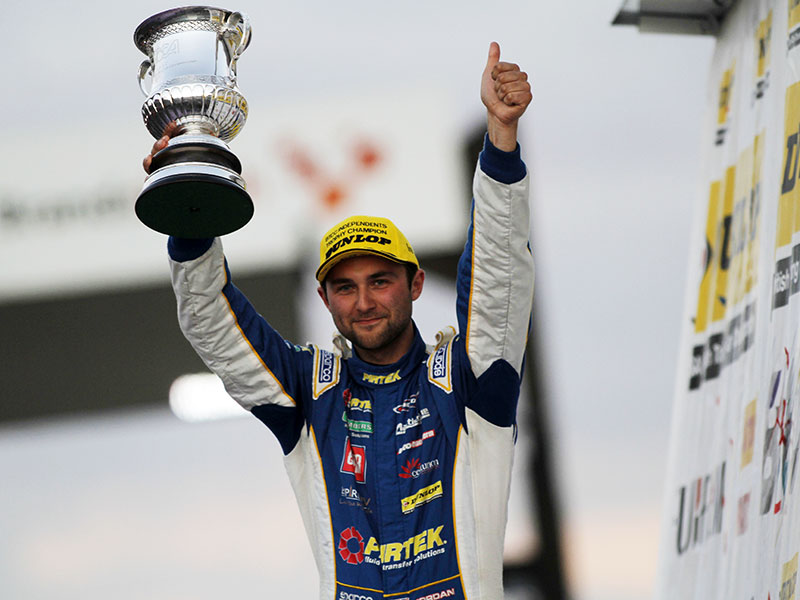 In a high octane weekend at Brands Hatch, Chambers sponsored driver Andrew Jordan challenged not only for the Independents title, but also raced for 2016 Dunlop MSA British Touring Car Championship crown. After an incident filled event he claimed the Independents title for the third year.

Andrew was confident he could make it up the grid having qualified in 13th position in the opening race but, unable to avoid the abandoned Chevrolet of Hunter Abbott, he was forced to retire, resulting in him missing out on the overall championship.

Following excellent work by Andrew’s pit team, he was back up and running for the second race of the day, maintaining his advantage in the points going into the third and final race. Finishing eleventh in the season’s finale allowed Andrew to take lift the Independents’ title for the third time – having previously won in both 2012 and 2013.

Andrew said: “The BTCC field this season has arguably been more competitive than ever with lots of strength in depth, so to come away from the season with a championship title is a fantastic achievement for everyone who is involved with this programme.”

“As ever in this game, there have been ups and downs as the season has progressed, but on the whole I’m really pleased with how it has gone. The aim was to win races, fight at the front of the field, and pick up some silverware this season; which is exactly what we have done.”

We look forward to seeing him back and fighting for the title again in 2017!