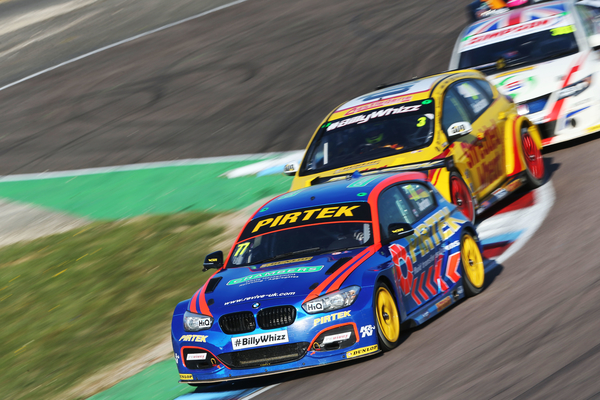 Andrew Jordan Race News from Round 3 of the BTCC

Andrew was running 12th in his West Surrey Racing BMW 125i M Sport in Race One before a late-race spin in the heat of battle dropped him to 28th and put him on the back foot for the rest of the day.

A superb charge in Race Two brought him to 14th by the end of a shortened encounter that was twice red-flagged, while his best result of the day came in Race Three where he delivered a 13th-place finish.

Those results puts Andrew, the 2013 BTCC champion, 11th in the Drivers’ Championship with three of the year’s 10 events completed.

Commenting on the result Andrew Jordan said: “It’s been quite a frustrating weekend for me and the team. After the test here I felt reasonably comfortable with the BMW on the new-for-2017 Dunlops, but this weekend I just haven’t gelled with the car. The spin in Race One was totally my fault and Race Two was actually pretty good and I made up 14 places in only a handful of racing laps; it’s just a shame the race was red-flagged and declared early, because I could have finished higher. On the plus side, now we head to Oulton Park – always a good BMW circuit – with no ballast, so the aim will be to kick our season back into gear.”

We’re looking forward to seeing Andrew back on the track when the BTCC resumes in two weeks’ time at the Oulton Park circuit in Cheshire, where Andrew will be aiming to add to his victory at Brands Hatch on the opening weekend of the season.