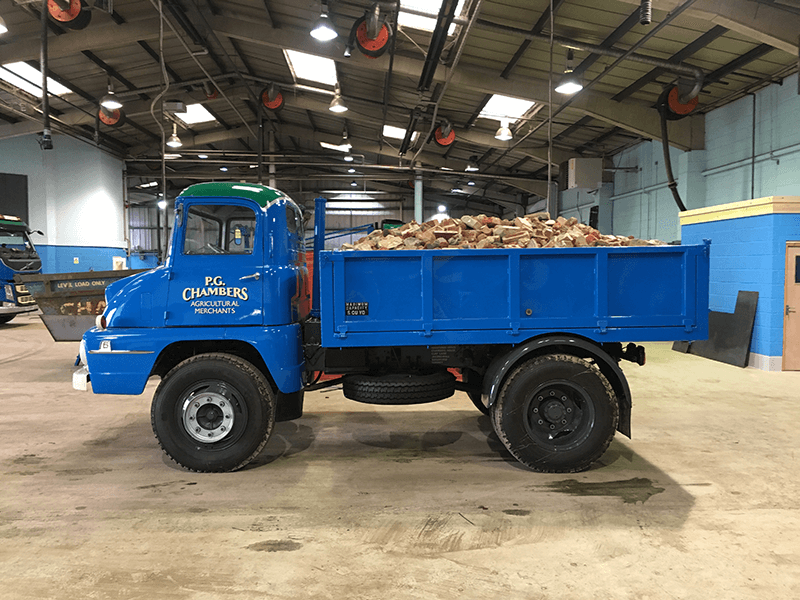 This is Chambers Group 1961 Ford Thames Trader Tipper and is similar to the vehicles used when the Company was first founded. It has a 6 cubic yard tipper body. The vehicle was fully restored in 2014/15 and last year was entered in the London to Brighton Commercial Vehicle run where we were pleased to be awarded first prize for the best Ford vehicle.

The vehicle is again entered this year for the run which is held on 1 May 2016. The vehicles set off from Crystal Palace early in the morning and head off towards Brighton. On arrival they line up along the beach front.