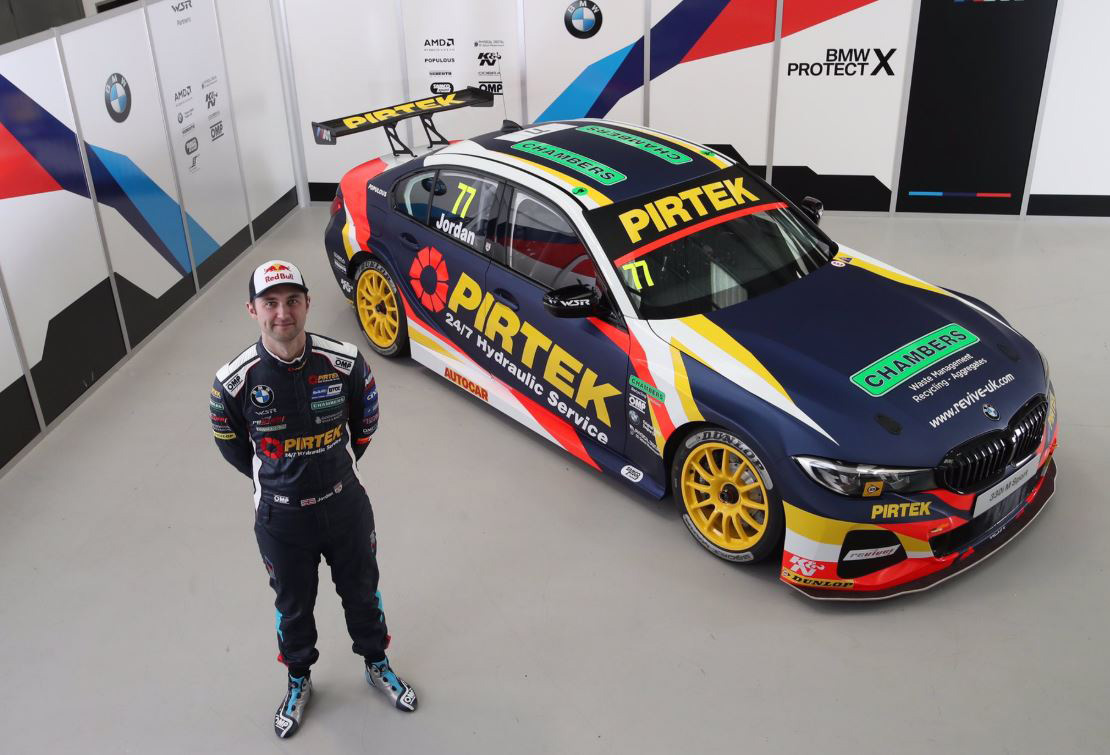 We are very excited to have renewed our sponsorship of British Touring Car Championship (BTCC) champion Andrew Jordan for the 2019 season.

This is the fifth year we have sponsored Andrew, who clinched the overall BTCC drivers crown in 2013.  Last year he took fifth position in the overall driver standings.

The sponsorship announcement comes as Andrew’s all-new car for this season was revealed. The BMW 330i M Sport is based on the seventh generation of BMW’s best-selling model and has been developed by Andrew’s team West Surrey Racing. Its stunning new livery includes the Chambers logo on the bonnet and roof.

29 year-old Andrew said: “I have had a great relationship with Chambers since the 1990s and they are a vital part of making my BTCC programme work and happen. In return Chambers enjoy brand exposure through the 40,000 trackside attendance and the hugely popular TV coverage. My aim for this year is to win races and challenge for the championship, which I really believe is possible.”

Chambers’ Finance Director Emma Chambers added:  “We are thrilled to be sponsoring Andrew again. His ambition and determination make him an excellent brand ambassador for Chambers. We wish him the very best for this season and look forward to seeing him on the winners’ podium.”

The BTCC 2019 season kicks off on 6/7 April on the Brands Hatch Indy circuit, moving on to Donington Park, Thruxton, Croft and Oulton Park. Then it’s time for the traditional summer break prior to the trip to Snetterton, with the second Thruxton weekend taking place before the series heads north of the border to Knockhill in Scotland. Silverstone hosts the penultimate event, ahead of the season finale back in Kent on the legendary Brands Hatch Grand Prix circuit.