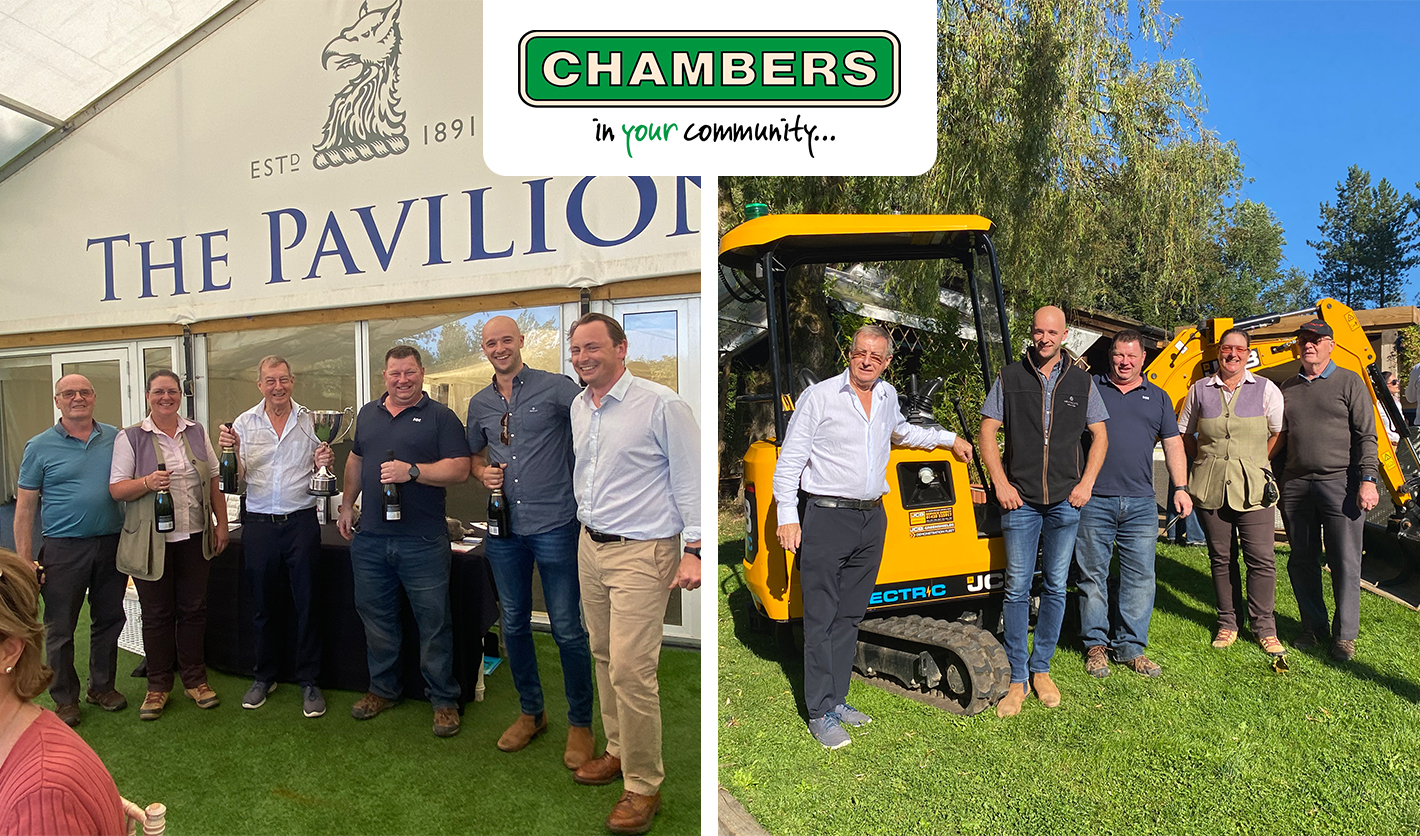 Chambers was honoured to be part of the annual Grundon Waste & Greenshields JCB Charity Clay Shoot hosted by Greenshields JCB in support of Child Bereavement UK. The event was held at the prestigious EJ Churchill shooting ground in High Wycombe, with many key industry professionals in attendance.

A long-time supporter of Child Bereavement UK, Chambers recognises and champions the important work of the charity and the support it offers during the most difficult of times. Child Bereavement UK supports families and educates professionals when a baby or child of any age dies or is dying, or when a child is facing bereavement.

The specially designed shooting layout of 7 different flurry stands saw 14 teams made up of 5 guests compete for the overall champion’s cup. The charity auction held during the event also raised a staggering £30,000 with Chambers donating a full day hospitality at the up and coming Goodwood Revival.

Chambers are also the proud owners of the Champions Cup that sits pride of place in our Runfold office!

A wonderful event that Chambers will continue to support for many years to come.