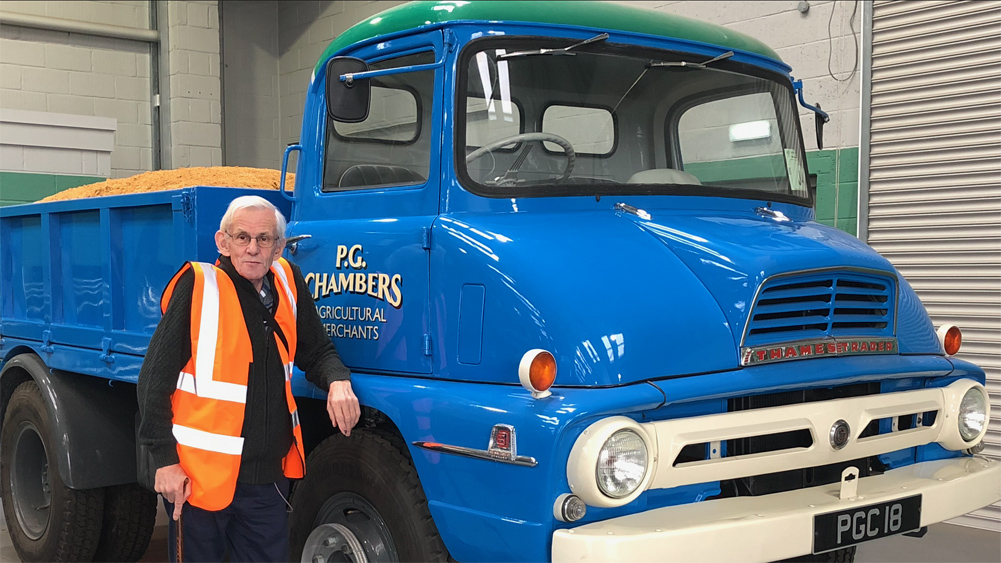 As our longest serving member of staff, Clive has some great memories of the early days at Chambers.  In 1968, at the tender age of 16, he started work as a drivers mate for our 20 year-old MD Peter Chambers. Driving a Thames Trader, the pair would deliver manure to customers in the winter and hay and straw in the summer. And from there the company grew.

Clive recalls that Chambers next landed big contracts to transport mushroom compost and also transport materials for the construction of the M3, by which time Peter was driving a Bedford Boughton tipper truck and Clive was driving the Trader. The number of staff and vehicles constantly increased, and it was in the early 1970s that Chambers diversified into skip hire and building aggregates, as the number of small builders grew. And then the recycling side of the business was launched in the 1990s. Fast forward to today and we are one of the South East’s largest privately-owned recycling and quarrying companies servicing commercial and domestic customers from specialist plants in Guildford, Aldershot and Farnham, and we celebrate our 55thbirthday next year.

It’s been a very busy few years and we would like to thank Clive for the huge contribution he has made to Chambers along the way. Over the years he has held posts including Transport Manager, Transfer Station Manager and Quarry Manager. He is reliable, takes good care of the vehicles and is good fun to work with!