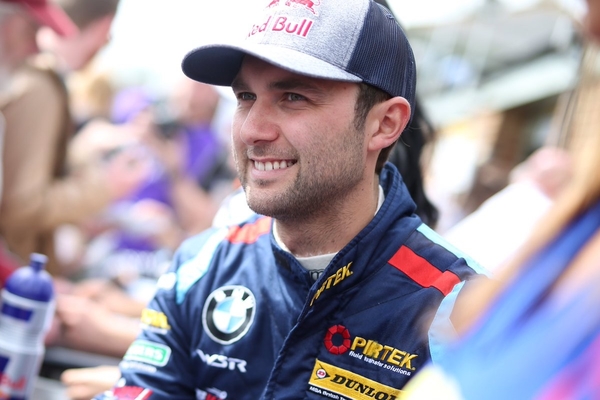 Mixed weekend at the track for Andrew Jordan

It was a mixed weekend at the track for Andrew Jordan in the Dunlop MSA British Touring Car Championship at Croft, although a phenomenal effort by BMW Pirtek Racing helped him to score three solid points at the end of an action-packed weekend.

Andrew’s BMW 125i M Sport suffered significant rear-end damage in an 11-car incident during a wet qualifying session on Saturday, leading to an all-nighter by the WSR mechanics to repair the car in time for Sunday’s races. Not only did they achieve this, but fifth, sixth and seventh-placed finishes for the Andrew meant that he managed maintained his seventh place in the Drivers’ Championship.

His results also moved BMW Pirtek Racing up two places to fifth in the Teams’ points race and maintained BMW’s position at the head of the Manufacturers’ standings.

Andrew Jordan said: “I’ve struggled with oversteer all weekend and never really found the sweet spot of the car, despite making several set-up changes today. But fifth, sixth and seventh are all solid finishes and mean I haven’t really lost any ground to the guys around me in the championship. It’s amazing I was even in the race today, given how much damage the BMW suffered in qualifying, so a huge thank you to the WSR guys for getting me out there. I just wish I could have given them a better result to say thank you.”