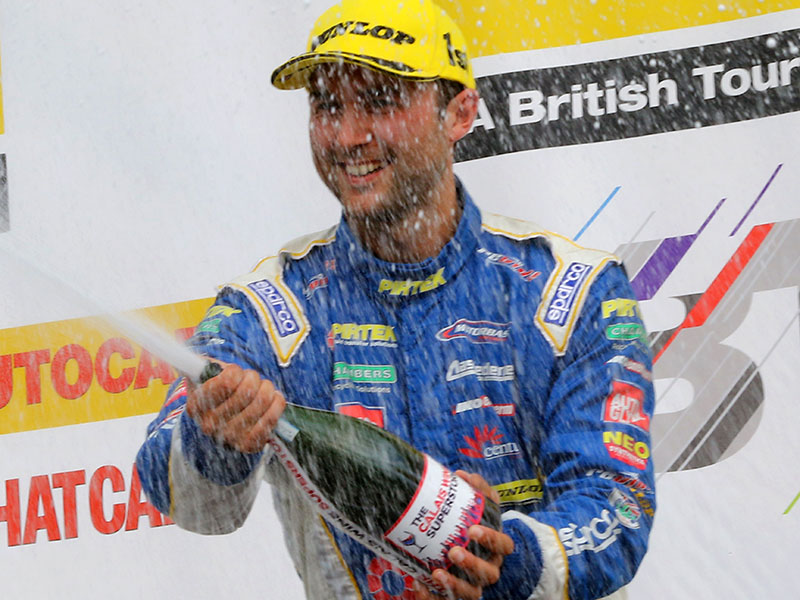 Driving his Motorbase Performance-run Ford Focus, Andrew and the team at Pirtek Racing started the weekend sitting in seventh position on the BTCC table, but after a well fought race weekend Andrew stormed to within 31 points of the leader.

He is now one of only eight drivers in contention for the overall title at Brands Hatch on the first weekend in October.

After a second-place finish in race one – as a result of technical infringements – Andrew started from the front row in race two. Sitting behind competitor Tom Ingram during the opening laps, Andrew soon saw his opportunity and took the lead on the seventh circuit of the track.

Even with the deployment of the safety car, which caused the gap between Jordan and Ingram to close, he was still able to keep the lead to secure his second win of the season.

A further eighth place in race three, with maximum ballast, was enough to give Andrew the highest points score of the weekend, and leave him 31 points off the lead.

Talking after the race, Andrew said: “We put in a solid performance in race one and then the second was absolutely spot on. The car felt really good and I have a technique that means I look after the soft tyre well, so I was able to hold my position at the front even after the Safety Car period, when usually you are more at risk from the cars behind.